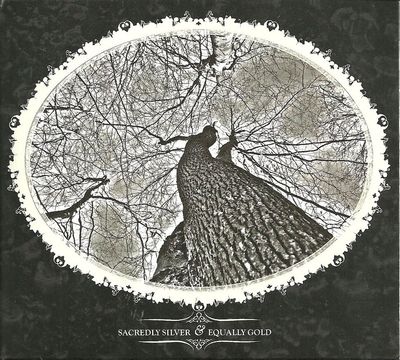 we're very pleased to announce the release of the album sacredly silver and equally gold. subtitled a sidereal tribute to coil, this is a three cd, 47 track compilation featuring tracks and artists inspired by coil. here you'll also find a version of the logos track sidereal, from our third album shamania.

please note that this release is limited to 300 copies, so if you want one you'd best get it quickly - you can order it from the elseproduct site here. there may or may not also be a digital release in the future; we're not sure yet.

a note on the logos track that appears here: throughout much of the mixing of our shamania album, sidereal ran to over 20 minutes in length. we created a much shorter mix - at 13'40" - for inclusion on the sacredly silver... compilation, but due to time constraints on that album it had to be edited down a little. when finalising shamania we decided we prefered the 13'40" mix and ended up including that one on shamania instead of the long one. serendipitously, the album's subtitle 'a sidereal tribute to coil' had already been decided upon, but not announced, before we submitted our track. we had originally planned to submit another track entirely, as an exclusive to this release - and not one you'll have heard before - titled the bones go last, which, rarely for a logos track, features vocals. unfortunately we were unable to get a mix we were happy with in time for the submission deadline. this track will surface at one point or another, in the future, as and when we can get it to sound as good as it sounds in our heads...